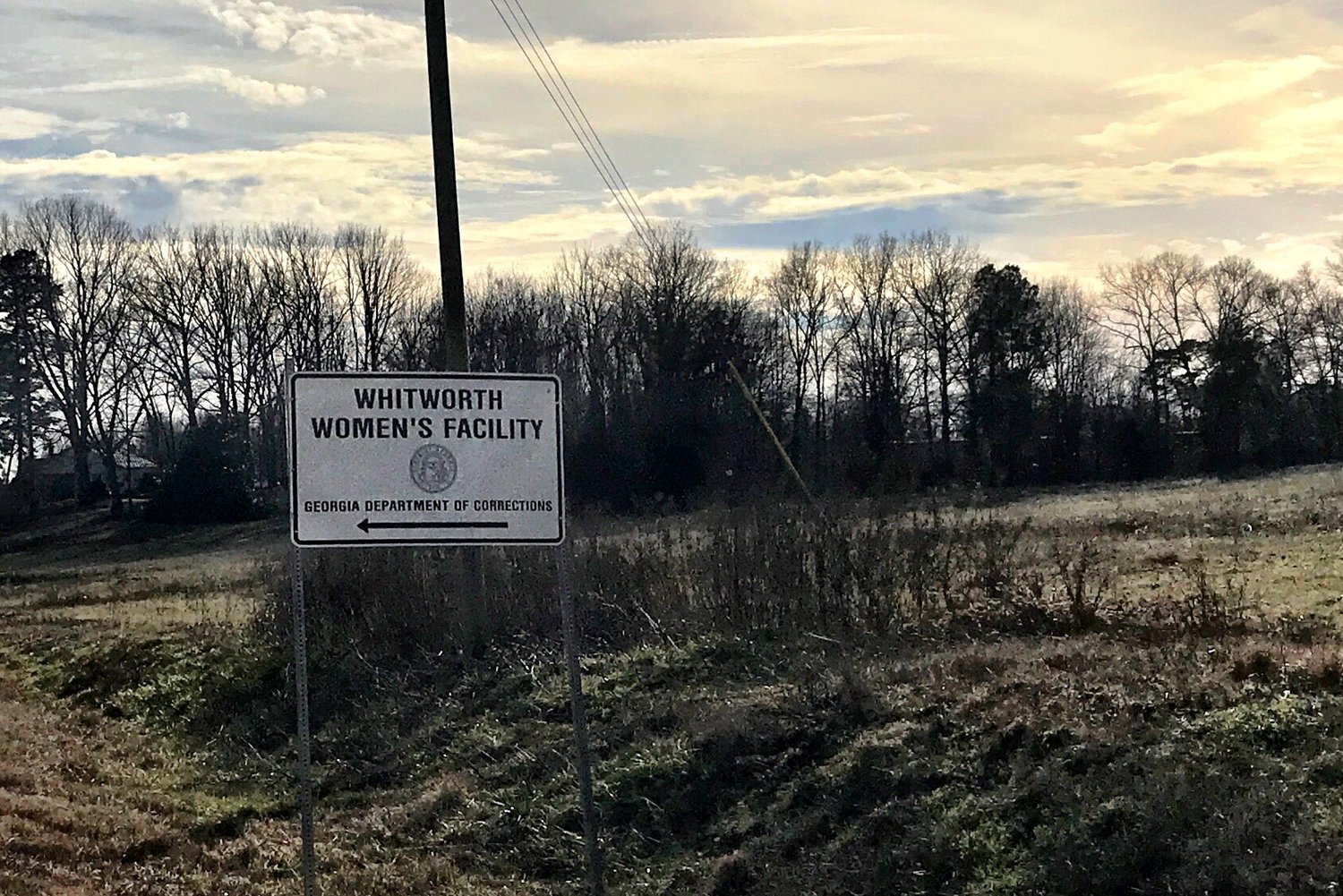 In an early morning of May 2017 before a visit to Phillips State Prison, I had a waking dream.  It would be my first visit to the men’s facility, and I was nervous I would forget some of the artwork I was delivering to students there.  In the dream, I arrived at the prison only to discover that I had left the literary broadsides an hour behind at home.  As I rushed in to explain my predicament to Sarah and Bill, I found myself in a women’s facility.  I was thrown; not only had I forgotten the artwork but I was clearly in the wrong place. And then I awoke.  364 days later, I found myself making my first visit to Whitworth Women’s Facility in Hartwell, Georgia.  Common Good Atlanta had done much growing over that last year, and I found myself exactly where I was supposed to be.

Twelve women and I chartered a 10-week course through American women’s poetry; my goal for the students was to teach poetry through practice.  Each week, we studied the craft of poets ranging from early modernists to the contemporary: Elizabeth Bishop, Marianne Moore, Sylvia Plath, Gwendolyn Brooks, Adrienne Rich, Sharon Olds, Louise Glück, C.D. Wright, Harryette Mullen, Patricia Smith and others; students responded weekly with their own poems exploring line, sound, speaker, tone, and imagery.  While practicing craft, voices emerged.  We examined poems closely while honoring their mystery.  As one student wrote about C.D. Wright’s poem, “Flame,” [it] is the complete opposite of what I would expect a poem to look like, however it delivers exactly what a poem is supposed to do… It taught me freedom and greatly influenced my style of writing.”

As fate will have it, two publishing opportunities arose this summer, right on time.  Poetry magazine posted a call seeking submissions for a “special issue on poetry in the age of mass incarceration, to feature work by incarcerated writers.”  How could I not wrap this class up indulging in such an opportunity?  Regardless of outcome, some invested individual was going to read the submitter’s work, to hear what she has to say.  This was an optional assignment, but 9 students submitted poetry packets and personal biographies, and they are now in the hands of Poetry magazine editors.  Stay tuned…

Before the final week of class, I received a call for submissions to a feminist avant-garde postcard project, seeking input on a theoretical alternative to the traditionally masculine, exclusive avant-garde movements of modernist art.

The call read:  “Join our digital flash mob to form a new, feminist theory of the avant-garde—what we’re calling the en dehors garde—in order to account for women, people of color, queer artists, people with disabilities, and others who come from the outside and create art in the margins. We’re not just composing a new theory, we’re generating that theory through a new, collaborative process.”

How could this developing writers’ collective at Whitworth not be included in this conversation?  I pitched a collage-like response to the class, and the women responded enthusiastically.  What this required was their permission for me to cull and curate a collective response out of the poems and essays individual students composed.  The understanding was that this response would not be singular, but a unified greeting from the women as one creative spirit.

The result is unfiltered expression from each woman woven into one unified hello.  Writing has generated a powerful community at Whitworth; they are motivated and ready to inhabit the perspectives of historians, visual artists, philosophers, and theorists as the year unfolds before them.

It was one big wow of a summer for me, and I offer you this link to their introduction:  Post(card)s: En Dehors Garde Flash Mob.  You will find them in good company.